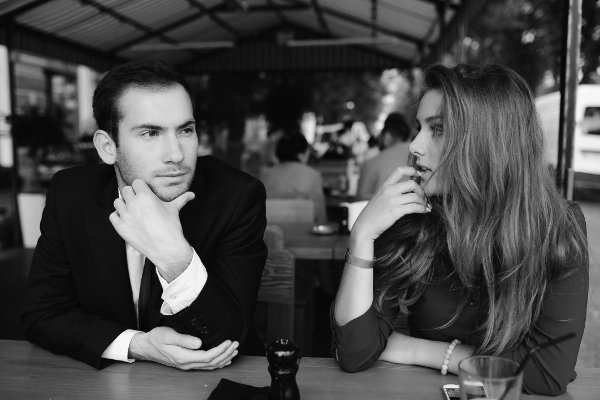 Arguments are inevitable in relationships. I have found that the happiest long-term couples have occasional fights and they can return to normal pretty quickly. The key for any couple is to keep some perspective and to avoid getting too emotional when arguing.

When you meet someone new, of course, the relationship starts with all sorts of unconscious fantasies: “This relationship will be the one that lasts;” “This guy is different from all the rest;” “This woman is perfect, almost too good for me.” Then, weeks or months later, reality sets in and each of you start to see in the other the inevitable personality flaws. How couples manage their first fight will partly determine the course of the rest of the relationship, so follow the principles below and your new relationship will be better off because of it.

So many men and women I talk to have the mistaken belief that happy couples rarely fight. To some extent, this is true, but I will clarify the difference. The key is not the frequency of arguments but rather the intensity and duration of the arguments. Happy couples may have a brief argument several times per week, but the arguments are short (a few minutes) and not very intense. Each member of the couple may get annoyed or frustrated, and they speak out about their feelings, but they don’t reach the level of extreme exasperation or rage.

In an argument, feel your feelings but don’t live in them.

The goal is to feel your feelings but not to exaggerate them, and happy, long-term couples know how to express their feelings and then move on from them. With unhealthy couples whose fighting is a major problem, they treat each fight like the end-all, be-all argument. Couples who won’t last get stuck trying to win arguments or they get totally panicked that the fight – or more fights – will eventually lead to the end of the relationship. On the other hand, happy couples keep in mind the fact that arguments are a necessary but fleeting part of a relationship, and they approach the argument with a level head.

Don’t panic or overreact when you have your first fight.

The worst – but most common – mistake that couples make in their arguments is to overreact. Overreaction can cause the simplest tiff to spiral into a full-blown fight. When you have your first fight, ask yourself the following questions: Did I get too emotional or did my partner get too emotional? Who got too emotional first? This information is crucial as you must figure out whether one or both of you have a drama-prone style of exaggerating or living in emotions. If it’s you who gets too emotional, take yourself to therapy or search for some good self-help books. If it’s the other person, after the storm ends, you need to have a serious conversation and ask if this behavior reflects a pattern. Now, some people can handle a high-emotion partner, but high-emotion partners are not for everyone. Know what you can tolerate and tread forward cautiously.

The first fight is a great time to set up ground rules for future arguments.

After you have your first fight, take a day or two to breathe and let it all sink in. Take a few minutes and talk about the argument with your new partner. Tell him or her that you want to take a minute and go over some ground rules for arguments. Identify which behaviors are not okay with you during an argument – for example, name-calling – and tell your partner. Also, set up a rule about the length and intensity of your arguments. For example, I work with a couple who has a knock-down, drag-out fight once per month. For most people, this would not be acceptable, but the couple I work with are two highly emotional and stimulation-seeking people. In other words, both of them are a bit addicted to drama and so they feed off of this behavior. They also find that regular arguments make their sex life more exciting, but I am working with them to show them how to be comfortable with peace and harmony. (I know, it’s going to take some time!) If you can’t handle anything more than the rare fight, say that from the beginning; if you can’t handle someone yelling, say that from the beginning.

A couple’s first fight can be stressful and scary, and it’s disappointing because it causes all those fantasies you had in the beginning to crash and burn in an instant. Remember that the fight only has to mean as much you decide it should mean. Ultimately, the first fight is a great chance for you to set up ground rules for future fights so that you can get along as smoothly as possible in the future!

Dr. Seth is a licensed clinical psychologist, author, Psychology Today blogger, and TV guest expert. He practices in Los Angeles and treats a wide range of issues and disorders and specializes in relationships, parenting, and addiction. He has had extensive training in conducting couples therapy and is the author of Dr. Seth’s Love Prescription: Overcome Relationship Repetition Syndrome and Find the Love You Deserve