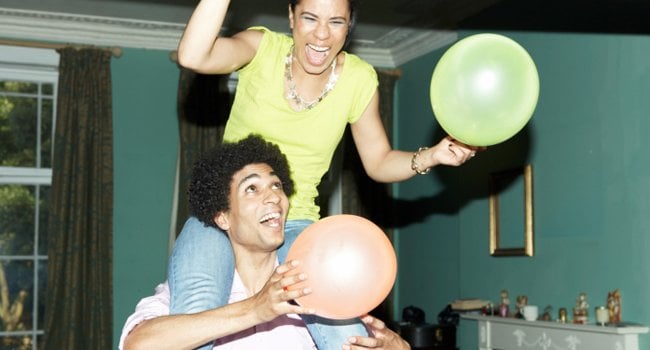 Although every woman will have different priorities when it comes to what makes perfect boyfriend material, there are some things on which most agree on.

Men often say that they don’t understand what women want from them but really it’s not that difficult. There are some key qualities that women are looking for when they’re dating and it’s on these that they will judge whether you will make a good boyfriend. None of them are difficult and all men can do them even if it takes a bit of practice.

Its number one because it’s so important. If you’re going on a date make sure you shower, brush your teeth and use some deodorant. While some pheromones might be a turn-on, BO is not. Taking care over your appearance, your home and even your car if she’s going to ride in it are all marks of respect which women value.

Generally women love to talk and they want a man who’ll listen to them without rolling their eyes or tuning out. Show the woman in your life you care by really paying her some attention rather than just lapping up the attention she gives you.

Make her laugh, help her see the lighter side of life and not only will it make you feel good about yourself but she’ll come to see you as someone who could be a real friend as well as a partner.

You don’t need to wear your heart on your sleeve all the time but it’s important that you let her see you have a sensitive side even if you never let anyone else see it.

There’s a lot of guys out there who are players and women are looking for someone who they can trust. Your honesty can be demonstrated in small ways like being on time, doing what you say you are going to do and telling her the truth about how you feel.

It doesn’t matter how liberated or feminist a woman is they all want to be treated with respect. That means caring about her feelings, supporting her and not messing her about.

Women respect men who have values, beliefs, principals and who will stand up for what they believe in. Men are often physically stronger but even if they aren’t women want to know a man will stand up for her, protect her and be on her side when she needs it.

Doing those little jobs without being nagged; sending a message just to let her know you’re thinking of her or remembering something important that’s going on in her life even if it doesn’t involve you. Offer to help her when you can but don’t assume she’s always asking you to fix a problem sometimes she might just want you to listen.

No woman wants to be with a man who doesn’t find her attractive but she’ll soon lose interest if your desire is only shown in the bedroom. She needs to know it is her you desire rather than just sex. Show this through affection, compliments and don’t assume she should know, tell her.

Are you searching for Gay Dating Tips?

While some women may prefer the emotionally unavailable type, those who are genuinely looking for a boyfriend want someone who shows that they have the ability to commit. Be on time for dates; make arrangements and stick to them, don’t be flaky when it comes to your feelings about her. Consistency and stability in your work, friendships and family situation are all great indicators that you are someone she can rely on.

Your search for a great relationship has never been easier with groundbreaking overhaul of the eharmony you know and trust.