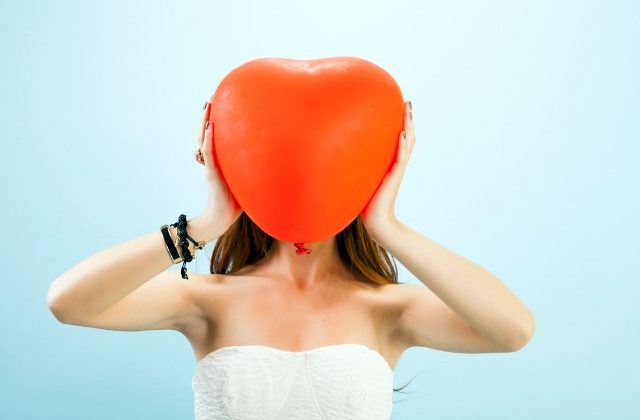 “Follow your heart wherever it may go, just don’t forget to bring your mind with you.”

A friend called late last week. She met a guy three months ago, and they hit it off – big time! She’s dated before, but this time was “different.” It felt different; she felt different! It started out with dinner on a Saturday night, and they had such a great time talking and talking that they decided to have dinner on Sunday too! They were “so comfortable” around each other and felt like they had “known each other forever,” and agreed to dinner again on Monday night … and so it has been for the past 90 days. It’s gotten quite serious – quite quickly.

I love the quote above about following your heart wherever it leads you, but also remember to bring your head along too! My advice … first, follow your heart, but don’t be blind to things that your head is telling you.

Back to my friend. This guy has a stellar reputation. His friends love him. His family loves him. Everyone vouches for what a stand-up guy he is. There have been no “warning bells” or little voices saying something’s wrong. He has been open and honest. What you see is what you get. Her head hasn’t found anything to worry about.

Her heart hasn’t found anything to worry about either! Her heart is beating a bit faster, racing with some good endorphins, and thumping a little harder when she sees him. Her heart feels for him, and if she is honest with herself, she will admit that she is falling in love with him.

But, her head won’t let her go there yet. She’s holding up behind that wall of emotion and being cautious. I told her to knock that wall down. I can speak from experience. I had the whole debate going on between my heart and my head a few years ago too! In fact, my head and my heart were raging a major battle inside of me.

When I met the man (who is now my husband), I fell hard and fast. So did he. The logical, sensible side of me told me to take things slowly. The emotional side of me said this man is incredible. The timing isn’t what I expected (I thought I would be single longer), but who am I to push away this amazing man because he arrived too quickly? Sounds kind of crazy doesn’t it?  I bounced back and forth between heart and head.

Some friends voiced concern that I was moving too quickly. Others supported my falling in love and said “Go for it.” They waged as big a battle externally as my heart and head were waging internally. The words of advice that mattered most came from my mother. When I told her I had met this guy, she told me she was thrilled I was dating again. In my next sentence I shared that it had gotten pretty serious pretty quickly and that I could see myself marrying this guy. I expected my mom to side with my “head,” warn me about getting hurt again, and impose on me the need to slow things down.

You know what? She didn’t! Instead, my mom told me that she had never seen me make a careless, thoughtless decision in my life, and she didn’t expect me to start making them at age 40. She told me that if my heart was telling me that this guy was a keeper, then I should jump in with both feet. She urged me to watch for warning signals, and engage my head as needed, but for now, to follow my heart. A mother’s advice is the best advice! I jumped in with both feet and haven’t looked back once!

I shared this same advice with my friend. As long as she isn’t being blind to any obvious warnings signs, as long as all lights appear green, and as long as her intuition isn’t screaming at her to back up, then I say “Go for it.” Life is too short! Accept these gifts! Don’t self-impose time constraints or limits on your own happiness.

(Then, there is the question of, “But what will people say or think about me if I move this quickly with a guy?” but that’s a subject for my next post!)

What about you? Did you follow your head or your heart? Do you regret your decision or have you never looked back?

Author Monique A. Honaman wrote “The High Road Has Less Traffic: honest advice on the path through love and divorce” (2010) in response to a need for a book that provided honest, real, and raw advice about how to survive and thrive through one of life’s toughest journeys, and “The High Road Has Less Traffic … and a better view” (2013) to provide perspectives on love, marriage, divorce and everything in between. The books are available on Amazon.com.  Learn more at www.HighRoadLessTraffic.com.