5 Signs Your Date is Playing Games with You

Before we dive into specifics, the most important lesson is to understand what constitutes “game-playing.” At root, game-playing is about saying one thing but doing another. People who play games “talk,” but their “walk” simply doesn’t match. In essence, they can’t really be trusted because their words are often just that: words.

Let’s review in greater detail some of the signs that someone you like is actually playing games with you.

They talk about plans, but they don’t follow up to solidify them.
I know you know what I’m talking about because it has happened to each one of us. Perhaps she suggested a concert or a dinner, but she doesn’t commit to any specifics; maybe he mentions a party or an activity he’d like to try with you, but he avoids discussing a date or time.

They break plans at the last minute, or come up with excuses when it comes time to commit.
Few things are more annoying that someone breaking plans or coming up with excuses about why they can’t follow through on plans. This behavior is disrespectful and flaky, and the dating experience would be a lot easier if we could clear the field of all the men and women who make the dating experience more confusing and frustrating than it needs to be. (Can I get a witness?!)

Their account of how they spend their free time and whom they spend it with differs from what you see documented on social media.
Many times, a man may say that he plans to spend the night at home, but a review of his social media later reveals another story. On the other hand, a woman may describe herself as someone who doesn’t like to go out much, but her social media paints another picture. Again, what you want and need to find in a prospective partner is a match between the words they say and the actions they engage in.

They don’t make a commitment to be with you monogamously, but simultaneously joke around, act jealous, or ask questions about who you’re talking to when you’re not with them.
This particular type of game-playing is especially nefarious. The behavior is troublesome because it feels so calculated and duplicitous. To illustrate the dynamic, picture someone you could be casually dating. Let’s imagine it’s a man and that the man in question hasn’t committed to monogamy. Nevertheless, he acts like he’s interested; the two of you have been dating a for a little while; he spends time with you but not very regularly or frequently (you know, he is sooo busy!); and perhaps you want to become monogamous but he seems to like things the way they are now. One behavior he may engage in to make you feel like he really likes and wants you is to play some jealous games. He may joke around about who you were with the other the other night or make references to any other potential guys you could be dating. Note that when he does this, it isn’t in a mean or controlling way, but in a playful, teasing way. This, ladies and gentlemen, is game playing at its worst. If he truly cared or were really and truly jealous, wouldn’t he want to get a monogamous commitment from you? (People who play games never realize how transparent they are.)

How to deal with these or any other games
The best way to deal with games is to pretend you’re a referee and call the fouls as you see them. When he breaks the date, call him the next day, after you’ve both had a night of restorative sleep, and broach the subject. “Hey, I wanted to check in because I wasn’t sure what to make of you canceling. Are you still interested in hanging out? If not, it’s okay, but I always think it’s better to be honest and clear.” (Who wouldn’t respect such a grownup way of communicating?) If they act jealous but have been hesitant to make the relationship monogamous, call them on their mixed messages. “I really like you, and I hope you know that. Are you really serious when you wonder if I am interested in anyone else? How do you feel about becoming exclusive with me? Maybe each of us could share our thoughts on that since the subject has come up.”

Ultimately, your romantic relationships will get better once you learn to address concerning behaviors and tackle them head-on, as opposed to letting your thoughts fester and snowball. When you sense the slightest whiff of games, talk to the person you’re dating about what their real intentions are for the relationship. 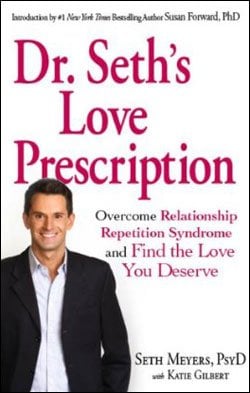